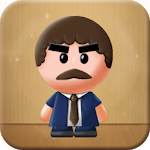 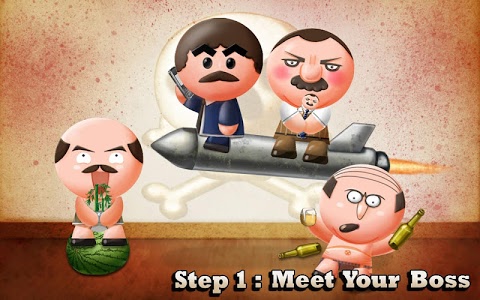 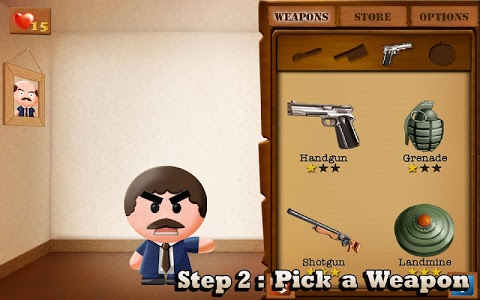 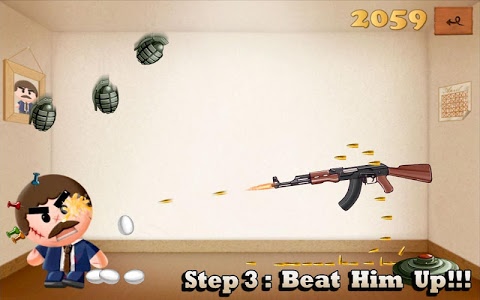 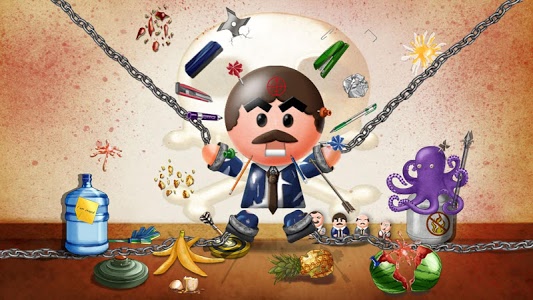 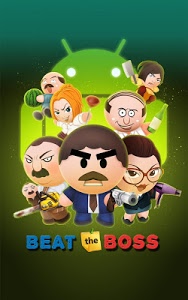 The #1 stress relief game is on Android. Download now and join 8 millions other players to beat up your boss with this game! Tell your buddies to play too, just don't let your boss know.

We know how stupid and mean your boss can be. Stand up for yourself, give them what they deserve. Bazooka right in the face! You can punch, burn, stab, shoot, egg them and much more!!

✪ Four different categories of 80+ upgradable weapons (More Coming!)
- Fire Arms: Powerful weapons like Ak47, Shot gun, Flamethrower, and Gas Tank
- Sharp Arms: Cut him apart with weapons like butcher knife, ninja stars, flail and even Fury of Zeus!
- Office Goodies: Anything you see in the office can be weapons; such as thumbtack, pencil, post it, and exacto knife.
- Handy weapons: Grenade Pineapple, Firecrackers, or the all time classic egg!

1. Boss Kicking
- You can drag both weapons and the bosses with your finger. Explore for different effects!
- There are some secret effects when you match multiple weapons together. Find all the combos!
- Beating the boss after he dies won't make you any more coins. You know, zombies don’t make money. Beat him hard, but also beat him gentle.

2. Upgrades your weapons
- There are three levels of each weapons. Upgrading allows each weapons to be stronger, and also earn more coins

3. Join our Facebook and Twitter community
- Share your weapons idea with us and we might just put it in the next games!
- Stay in touch to get sneak preview of the coming FREE updates!
- Make buddies with others who love the game too!
- Facebook/KickTheBoss
- Twitter @GameHive

Similar to "Beat the Boss"
You may also like