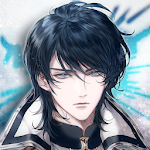 Download The Swords of First Light:Romance you choose APK

Discover your true love in this unique Romance Otome Game from Genius Inc!

■■Synopsis■■
You’ve spent your whole life helping your foster parents out at their inn. You’ve finally received word that you’ll be accepted into a special program in the Knight’s Order of First Light, known for their fighting prowess against demons. They even managed to seal Lucifer, the king of demons, away nearly 300 years ago! You work very hard to make yourself useful in the never-ending war against Lucifer’s creatures.

The daily training is grueling, but you enjoy your time with your fellow Knights. But after a series of weird events and explanations that don’t quite add up, you start to realize there may be something more sinister going on in the Order. To make matters worse, you find out your heritage is not what you had thought. You have no idea what game Alecto, an evil organization, is playing as they move behind the scenes. And of course your relationships with your fellow Knights are a roller-coaster ride. Who will you choose? As you realize the issues in the Order are much deeper than you ever imagined, can you find your own path to justice?

・Cyd
“If it’s used for good, can it truly be called evil?”
Aloof and unapproachable, Cyd is a lone wolf in the Order. It’s not that he doesn’t like people, he just doesn’t quite understand them. His avoidance of social situations means that little is known about him. He rose up in the Order quickly and is currently the vice-captain of the Second Division. You find yourself interested in learning more about him and he feels familiar somehow...can you figure out his secrets?


・Kaelan
“The strong survive and the weak will die. This is just the way the world works.”
Almost over-confident, Kaelan can be abrasive. After you’re assigned as his partner, he’ll train you ruthlessly until you can at least defend yourself. Kaelan doesn’t believe a Knight’s life should be easy. He hates demons with every fiber of his being and hates the weak almost as much. You get the feeling he has a traumatic past, but he’s reluctant to open up about it. Will you help heal Kaelan’s heart?


・Gwyn
“Don’t believe in people too easily. Most will let you down.”
Behind Gwyn’s chivalrous and kind smile is a truly mysterious man who gives almost nothing away. As a member of the Special Forces, he’s very capable but seems to have a mischievous streak. Gwyn tries to look out for you, even if his methods are questionable. You start to realize that maybe he doesn’t trust people for a reason. Are you going to be able to help him have a little more faith in humanity?


・Dante
“If doing what’s right means I’m labeled a villain, then so be it. I’ll follow this path all the way to the end.”
Dante is the charismatic leader of the nefarious Alecto. He’ll try to win you over to his cause every chance he gets – and Alecto’s goals are insane. But as your paths cross again and again, you start to realize that even if he’s misguided, Dante’s righteousness and firm belief in justice is almost admirable. You’ll learn more and more about him as time goes on. Will he win you over in Season 2?
Show more expand_more

Similar to The Swords of First Light:Romance you choose

It's a Dog's Love: Romance you Choose

The Lost Fate of the Oni: Otome Romance Game

In Between Love & Death:Romance you choose