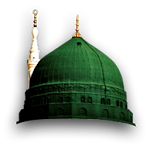 This app is developed and maintained by Shubban Khatme Nubuwat Pakistan.
Guided by irrefutable word of Allah (subhanahu watala) in the Holy Quran and numerous Hadith, Muslims around the world do uniformly believe that, after Prophet Muhammad (salullahu alaih wassalam) the chain of prophethood has come to an end. According to this fundamental belief, anyone who now claims to be a Prophet of God should be viewed as an impostor, whose claim is contrary to the teachings of Islam.
In 1974, after an exhaustive examination of all the evidence presented for and against the Qadianis (who call themselves Ahmadis), the Muslim World League (Rabita Alame Islami) -- which represents all religious scholars from every Muslim country of the world -- passed an unanimous resolution declaring the Qadiani Movement and its leadership out of the fold of Islam. Several Muslim countries have already declared Qadianis 'non-Muslims' and even Judicial Courts in non-Mulsim countries have declared that Qadianis are not Muslims as they differ from Muslims in very basic beliefs.

This app will help you know about the basic belief of Khatm-e-Nubuwat and about the Qadiani (who call themselevs 'Ahmadis') cult.

Please install this app on your device and spread the word so that world should know the reality.
Show more expand_more

The Noble Quran with Tafseer